This 2021 Taco Bell commercial song is a tune titled ‘Dancing Waters’ that’s performed by the French indie-pop band BLOW and was released for download back in 2019. You can listen to the song’s full audio in this video from the group’s official YouTube channel:

Search our list of social media and TV ads for the Mexican inspired American fast food restaurant chain to find out what the Taco Bell ad music is and who sings it: Titled ‘The Grande Escape’ and starring a group of rebel clowns, here’s a look at the full-length version of Taco Bell’s Super Bowl commercial for 2022.

As fans have noticed, “Lil Nas X is the star of the new Taco Bell commercial. In the commercial we can hear ‘What I Want,’ a song that is on his album” (via Twitter ).

After a little flirting and running around on the sand, the pair share a brief kiss before the woman heads off to get her hands on the tasty new Cantina Crispy Melt Taco. Ad Music: Dancing Waters. Artist: BLOW. 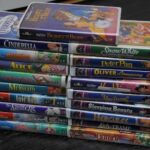