Lanvin Group, the Chinese international luxury group, is experiencing an explosion and unprecedented success around the world. But what is the story of this French group that has become international?

Let’s not forget, however, that this brand has come a long way. The group was once called Fosun Fashion Group but then decided to change its identity. It then becomes the Lanvin group.

Due to this explosion, the brand decided to renew itself and change its name. The main motivation for this change was to express the group’s commitment and desire to be innovative in the global luxury market.

It testifies to the group’s desire to consolidate its position as an international luxury group and to perpetuate the history of the oldest French luxury fashion house still in operation. The desire to be instantly recognizable is also undeniable.

Group Chairman Joann Cheng said at the time, “I hope our rebranding clearly shows who we are and our vision, which is to be the premier luxury fashion group rooted in China.”

This revival gives them a new breath and the opportunity to expand internationally.

The group is not only changing its name, but also its internal functioning, with new standards and strategies.

The group wants to penetrate the international luxury market.

This mission is not an easy task given that the luxury market is the fastest growing market in the world.

We must therefore aim for the right target, while keeping a futuristic but realistic vision of demand.

The president wishes to strengthen the group’s presence in the United States as well as in China where its penetration rate is low since it represents only 10% of revenues.

The latter says he is ready to enter the New York Stock Exchange. Indeed, the group can afford it.

Last year, it achieved a turnover of 339 million euros, an increase of 52% year on year thanks to “the growth of Lanvin, a strong return from Wolford and the successful integration of Sergio Rossi in the portfolio,” according to the group.

On an IFRS (International Financial Reporting Standards) consolidated basis, the Lanvin Group generated 148 million euros in sales in the Europe/Middle East and Africa market in 2021.

These sales represent 48% of its worldwide sales.

How to explain this sudden increase?

This increase is due to the implementation of a global growth strategy. The brand has spread internationally.

This is what the group did with the acquisition of the luxury shoe brand Sergio Rossi, which boosted sales in all geographical areas and more particularly in North America and Asia.

After ensuring that it was well rooted in Europe, the Lanvin group decided to head for North America and Asia, in order to reach as many international customers as possible and to have a solid base in the market.

Their efforts paid off as in 2021, North America contributed 35% of total sales, while China more than doubled its contribution to sales accounting for 14%.

The results are more than impressive. The group grew by 108% in global sales and a 415% increase in online sales.

Who owns the Lanvin house?

Originally French, the Lanvin fashion house was bought in 2001 by the L’Oréal group.

What is the former name of the Lanvin group?

The Lanvin group was called Fosun Fashion Group but then decided to change its identity. 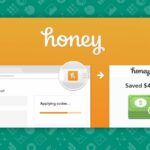