Deva Cassel, who is the daughter of Vincent Cassel and Monica Belluci has been causing a sensation for some time. D

At barely 17 years old, she goes to fashion shows and is followed by more than half a million people on her social networks.

Her mother who is a famous actress, but also has a modeling career, was placed in the front row to admire her daughter.

Deva Cassel began her modeling career on a whirlwind.

The latter caused a sensation on the podium.

She appeared wearing a white lace corset dress adorned with crystals and pearls.

Her look was refined by translucent black gloves that went up to the top of her arms and sober makeup in neutral tones.

Her appearance made many people proud, including of course her parents, as well as her boyfriend, model Luca Salandra, with whom she has been in a relationship for quite some time.

Last year, Deva Cassel paraded in Venice in a flowery dress for a show by the Italian brand.

It is therefore not the first time that the girl paraded for them.

Deva Cassel isn’t the first celebrity daughter to follow in her mother’s footsteps.

Leni Klum walked in the last Jacquemus show during fashion week in Paris.
Without forgetting Kaia Gerber, daughter of Cindy Crawford who has been Chanel’s muse for a few years now.

Deva Cassel and the cinema

Deva Cassel is following in her mother’s footsteps in modeling. She is considering a possible career in film.

The 17-year-old girl has been collaborating with Dolce & Gabbana for just over two years and is really enjoying it.

She was notably part of their Dolce & Gabbana Dolce Lily campaign for the house’s new fragrance.

But deva Cassel is not limited to the world of fashion and at only 17 years old, she decided to embark on a completely different universe that is cinema.

The young girl recently spoke following this announcement and the reaction of her parents who are both actors:

“I have parents who are very open and who gave me great freedom which I was able to take advantage of while being very responsible”.

Deva Cassel has finished her high school studies in Paris, and is about to take a gap year in New York with Luca Salandra:

“A gap year to take stock and decide what I really want (…). When I was younger, I didn’t want to make movies. This job did not appeal to me at all. Now, I’m thinking about it more and more seriously. I come slowly. My parents advise me, but encourage me to make my own choices,” she concluded in an interview with Vanity Fair magazine in 2022.

Only time will tell if the young woman will follow the same voice as her parents.

In the meantime, Deva Cassel is pursuing a fine modeling career that is the pride of her mother. 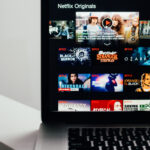