Coffee is a seed originating from Ethiopia and which has gradually spread all over the world throughout history.

It is known for its energizing benefits and savory taste. The coffee market is flourishing and production techniques are diverse, some more popular than others.

This would explain the cost variations. Here are the 5 most expensive coffees in the world.

This coffee from northern Thailand recently hit the $1,500 per pound mark. As with many fancy cafes, the process isn’t very appealing.

Indeed, to obtain this coffee, the beans pass through the digestive tract of elephants, where they are activated by a particular family of enzymes which make the beans incredibly sweet and tasty. This is a complex process that produces very few whole beans, as elephants tend to break them down.

The result, however, is a special product, considered the most expensive and beloved coffee on the planet.

Kopi Luwak is a very popular Indonesian way of producing luxury coffee.
It refers to the process that allows coffee beans to reach such a price point.

The coffee cherries ferment as they pass through the civet (a cat native to rainforests). The civet is also thought to have a nose for the pickiest grains, eating only the best of the lot.

The result is an extremely expensive coffee that is unlike anything else, at least in terms of origin.

Unfortunately, this coffee is subject to a number of frauds and producers continue to play with beans passing through other animal species to obtain a special coffee.

This coffee from Guatemala benefits from a high altitude environment, over 5,500 feet above sea level. It comes from a single coffee farm resting on a former plot of sugar cane.

Micro-lots of this coffee are often sold at auction and fetch prices of over $500 per pound.

Like Kona and other more esteemed coffee names around the world, Finca El Injerto is often used in roaster labels, but isn’t always made with coffee grown in that coveted pocket of Central America.

Grown on the island of Saint Helena in the South Atlantic, this coffee is rare and coveted.

Here, green-tipped bourbon beans dominate, imported from Yemen (from the city of Mocha). This hard-to-grow and process grain is appreciated for its nuances and delicacy.

It enjoyed the promotion of Starbucks which made headlines in 2016 when it produced coffee from the beans of St. Helena.

The 8.8-ounce bag costs around $80 at specialty stores.

This Hawaiian coffee from the smaller island of Molokai is very famous. This coffee, which was launched in the 1800s by a German merchant, took off commercially only in the 1980s. The red catuai (which is the bean used in this production technique), thrives in the volcanic soils of Hawaii and tends to produce rich tasting notes that lend themselves particularly well to a more intense roast.

Look for “Molokai prime” on the label, which basically means you’re getting the best quality.

What is the most expensive coffee in the world?

Black Ivoir coffee, it comes from Thailand and is sold for 1500 dollars per pound.

How is the best coffee in the world produced?

The grains pass through the digestive tract of elephants, where they are activated by a special family of enzymes that make the grains incredibly sweet and tasty. 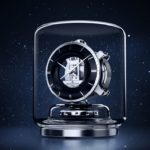