Between its second collaboration with the Casablanca handbag and a new line of watches with Ducati, Bulgari continues to flourish the world of luxury jewelry.

The campaign, which takes place in Rome, includes Zendaya, ambassador for two years, Lisa from BLACKPINK, Priyanka Chopra and the new muse of the house: Anne Hattaway.

Bulgari welcomes the new brand ambassador. And that’s none other than Anne Hattaway, who recently shone on the red carpet at the 2022 Cannes Film Festival.

The star is alongside actress Zendaya, both resplendent, adorned with imposing, but elegant jewels.

Although she did not appear at the Cannes Film Festival on the occasion of the latter’s 75th anniversary, she appeared on our screens wearing the most beautiful creations of Bulgaria.

The two actresses are accompanied by two other ambassadors: Lisa from BLACKPINK, and Priyanka Chopra.

Dan Jackson and Chris Colls shot the portraits of the women, and each captures a unique aspect of the star’s personality.

Anne Hattaway displays a big, radiant smile as she knows how to do so well, wearing timeless creations from Bulgari’s “Serpenti” range, as well as refined pieces from the “Divas’ Dream” collection and the necklace Tribute to Paris adorned with sparkling emeralds.

Zendaya looks into the distance, adorned with the B.zero1 and BB collections with a necklace adorned with stones that will not go unnoticed.

While Lisa wears a colder look, but edged with insurance. The star whose cool and avant-garde style is represented by the B.zero1 collection, join them.

All of them wear different jewelry, which best matches their physique while embodying their personality” and emphasizing their beauty.

If jewelry isn’t enough to make us green with envy for days, Hathaway and Zendaya’s love energies certainly will.

The two women appear on their way to a huge, elegant mansion wearing simple outfits adorned with jewels from the luxury jewelry house.

As the film progresses, the pace slows and quickens, while soul-searching ensues, with the thought of getting lost and found over time.

The spirals of the famous Serpenti bracelet can be seen dancing around Anne Hathaway’s wrist as she strolls through a grand palazzo in Rome.

At the same time, Zendaya shines in high jewelry works of art, and the B.zero1 and BB collections.

The two women then leave the house to let us see magnificent Italian landscapes that represent the charm, age and elegance of the brand.

Who is the new Bulgaria brand ambassador?

Who is alongside Anne Hattaway for the Bulgaria campaign?

In the Bulgarian campaign video, the young actress Zendaya appears alongside Anne Hattaway in a sumptuous Italian residence. 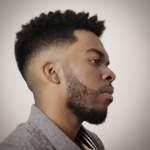