The Wendy’s grilled chicken wraps are a fresh, fast food chicken recipe on the go. It includes the famous herb-marinated chicken breasts wrapped in the flour tortilla and comes with added ingredients like crisp spring mix, shredded cheddar cheese, and some smokey honey mustard.

The strips were also immersed in Wendy’s spicy breading before they are deep-fried to absorb the flavor in and out of the chicken strips. You probably love Wendy’s spicy chicken sandwiches; the new chicken wraps are pretty similar in deals.

Grilled chicken wraps keep things simple, and many people believed that it has fewer refined carbs component than the burgers and sandwiches on many restaurants’ menu. Despite its lower carb claims, the grilled chicken wrap still offers up to 20g of protein.

The Wendy’s company is the operator of Wendy’s fast-food restaurant in the United States of America and some parts of the world. In Columbus, Ohio, Wendy was initially opened in 1969 by Dave Thomas; he later named the company after his daughter, Wendy. 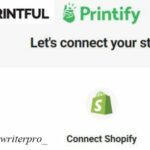 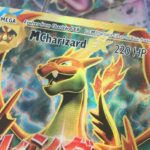