After two years developing work for other brands, Fred d’Orey, a lover of strong colors and prints, decided to put his vision into practice and introduced a men’s beachwear line to the market. In 1995, totem opened its first store and it did not take long for it to become unisex upon request. The travels around the world and the culture and sophistication, introduced early on by her family, were factors that allowed her to synthesize the lifestyle that would be disseminated through the totem. Totem and Fred d’Orey are one and the same, and both are an important reference in Brazilian fashion, parading in Rio fashion since 1998, always following a tropical and cosmopolitan path, spa and urban, solidifying themselves as a reference of good taste, elegance and simplicity. FRED D’OREY Born in 1962 to a Swedish mother, daughter of ambassadors in Paris, and father of a former Formula 1 driver for Ferrari, Fred d’Orey quickly realized that his path would be far from the court and close to the sea. He was surfing champion in several categories until becoming a Brazilian, in 1987, in the dangerous waves of saquarema. Restless, in addition to being a surfer, he studied communication at PUC and edited his own surf and culture newspaper – the staff, which lasted 4 years. he was editor of Fluir magazine, the largest in the country, and finalist for the Abril journalism award in 88. He continues to be a reference for the surf media through his column “other waves”, which is now over 10 years old and addresses controversial and important. In late 2008 he released the book with his best chronicles. In 1992, upon detecting a gap in the fashion market, she left for Bali and began learning the art of coloring and printing with traditional batikeiros. Gradually his creations were appearing in the main stores in the country. In 95, it opened its first store, in Ipanema. With its flagship store located in Leblon, 210 resellers across the country and distributors in the main urban centers around the world, Totem is a success because it does not copy external concepts. It has a strong, timeless identity, which is the face of Rio de Janeiro, Brazil and Fred himself, who seeks to balance intense work with long sessions of surfing on the best waves in the world.

Thanks for visiting we hope our article totem store | Feminine clothes
, we invite you to share the article on Facebook, pinterest and whatsapp with the hashtags ☑️ #totem #store #Feminine #clothes ☑️! 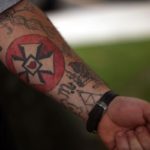 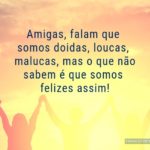