The 10 richest footballers in the world in 2021

Who are the richest footballers in the world?

Football is the most popular sport in the world. With so many fans, the income from football has become immense. The best players in the world have been able to benefit from it thanks to ever higher salaries. But some have also entered this classification in a different way.

Without further ado, discover the Top 10 richest football players in the world in 2021.

Top 10 richest footballers in the world in 2021

Alexandre Pato is a Brazilian international player who has worked for several big clubs in Europe. Very good dribbler, fast and agile, he was quickly spotted by AC Milan where he spent several seasons. After returning to Brazil for 3 seasons, Pato passes through Chelsea and Villareal before leaving for China. There he signs a big contract with the Tianjin Tianhai, which allows him to increase his fortune.

Pato has mostly managed to enter the Top 10 richest footballers by investing in real estate and stocks. He also invested in catering by opening several restaurants in Brazil. But the Brazilian did not stop there, he also launched a brand of vodka, as well as a brand of perfumes. Pato has also made several very lucrative contracts with cosmetic brands. 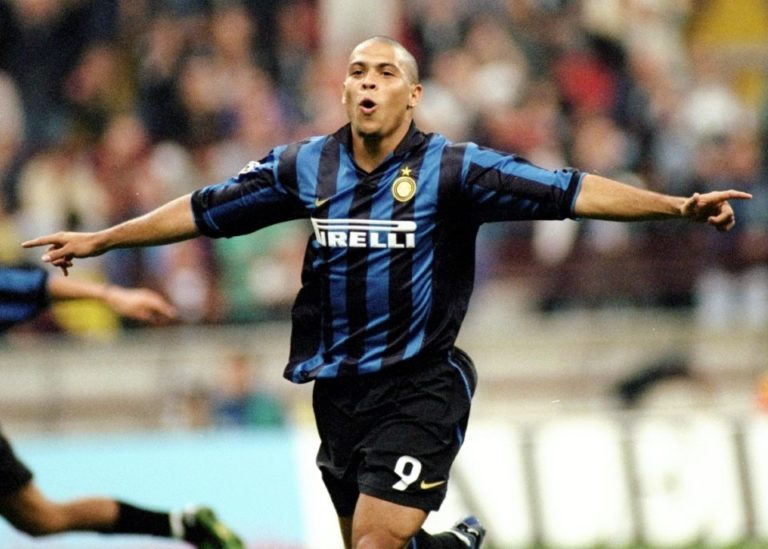 Ronaldo “R9” is considered by many to be one of the best forwards in history. A fast and unpredictable player, he is a real scoring machine. Despite a career hampered by several injuries, Ronaldo has been able to shine in the biggest competitions. Passed by several big clubs, such as Barcelona, ​​Inter Milan or Real Madrid, he won many titles, including La Liga and the UEFA Cup. Ronaldo becomes especially world champion in 2002 with Brazil.

Much appreciated by sponsors, R9 has numerous advertising contracts. The most important is a contract with Nike, which lasts even after the end of his sports career. But other contracts are also lucrative, with brands like EA Sports, Pirelli, Snickers or the Santander bank. Ronaldo is also making investments in football. In 2018, he became the majority shareholder and president of Real Valladolid, a Spanish Liga club.

Former England international Wayne Rooney is a player best known for his 13-season stint at Manchester United. Physical player and excellent finisher, he has stacked goals in club and national team. With the Red Devils, he won the Premier League and the Champions League 5 times in 2008. Rooney is still today the top scorer in the history of Manchester United and the English selection. It is also part of the ranking of the top scorers in the history of the Euro.

Wayne Rooney has built his fortune already thanks to important contracts with Everton, Manchester and the American club DC United. In addition, he signed advertising contracts with major brands such as Nike, Nokia, Coca-Cola or Ford. This places him 8th in this ranking of the richest footballers in the world.

Neymar is one of the newcomers to the ranking of the richest footballers in the world. A creative player with an excellent vision of the game, he is a complete and versatile striker. After a very noticed stint at FC Barcelona, ​​where he won La Liga and the Champions League, he joined PSG. Since his arrival, he is already triple champion of France, but still hopes to win a C1 with the Parisian club.

With an estimated annual salary of 66 million euros, Neymar is also in our Top 10 highest paid players in the world. In addition to his salary, the Brazilian is increasing advertising contracts with major brands such as Nike, Gillette, Beats by Dre or Red Bull. These contracts bring Neymar around 27 million per year.

Zlatan Ibrahimović is a Swedish striker who has played for many big European clubs. Tall and powerful, he is still very agile and a fine finisher. Ibrahimović won numerous titles during his career, including Juventus, Inter Milan, Barcelona, ​​AC Milan, PSG and Manchester United. The only title that has always eluded him is the Champions League. It remains nevertheless one of the best players in the history of PSG.

Thanks to the salaries he receives in his various clubs, including LA Galaxy and PSG, Zlatan Ibrahimović has built his fortune. After being an ambassador for Nike, in 2016 he released his own brand of clothing, then his brand of perfumes. “Ibra” still has various advertising contracts, still with Nike, but also with Volvo.

Dave Whelan is a former Blackburn Rovers and Crewe Alexandra player. With Blackburn, he even reached the FA Cup final in 1960, but suffered severe injuries during the match. Author of a rather banal career, Whelan did not build his fortune thanks to football.

He began in the 1960s by creating a chain of supermarkets, which he sold in 1978. Dave Whelan then bought JBB Sports, sports equipment stores. It was especially in 1995 that he bought the Wigan club, then in the 3rd division. Whelan managed to bring the club back to the Premier League, and even to win the FA Cup in 2013. Dave Whelan is the oldest in this ranking of the richest footballers in the world. 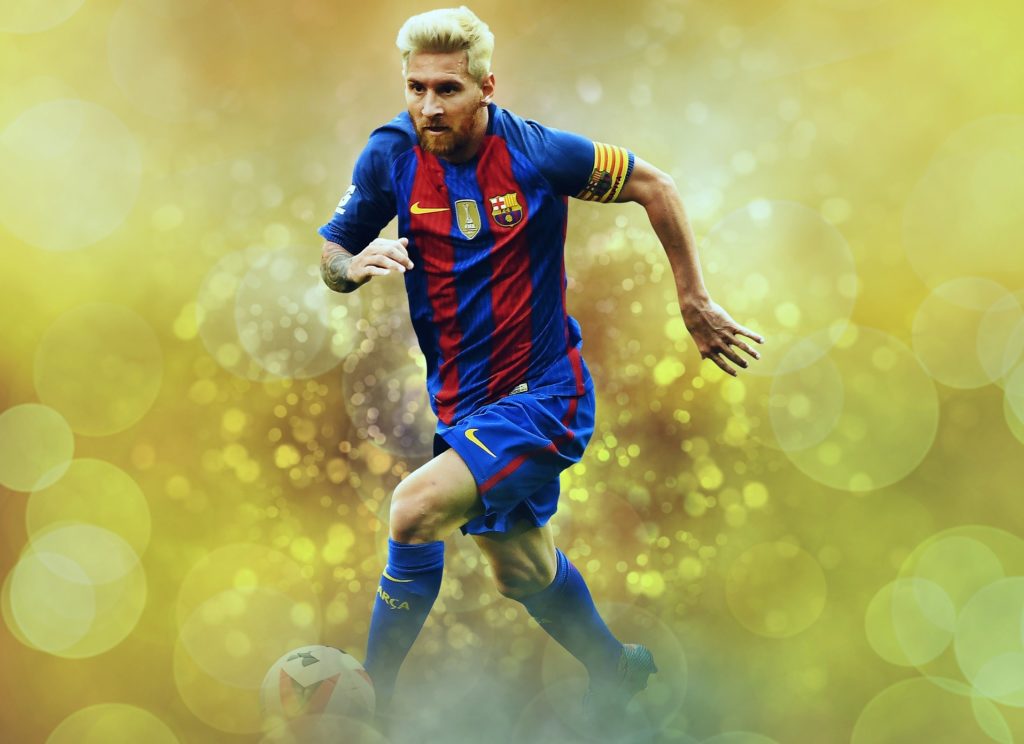 Emblematic player of FC Barcelona, ​​Lionel Messi is an extraordinary player. Very fast, extremely agile and with an extraordinary vision of the game, he is a complete player. Author of almost 700 goals during his career, Messi is one of the top scorers in history. Besides having won everything with Barca, he is the only player to have won the Ballon d’Or 6 times.

With an estimated salary of 81 million a year, Messi is the highest paid football player in the world. In addition to the salary, the Argentinian has a very lucrative advertising contract with Adidas. He has other contracts with brands such as Pepsi, Gillette or Turkish Airlines. Messi has also invested in real estate near his birthplace in Rosario, Argentina. He is now one of the 5 richest footballers in the world. 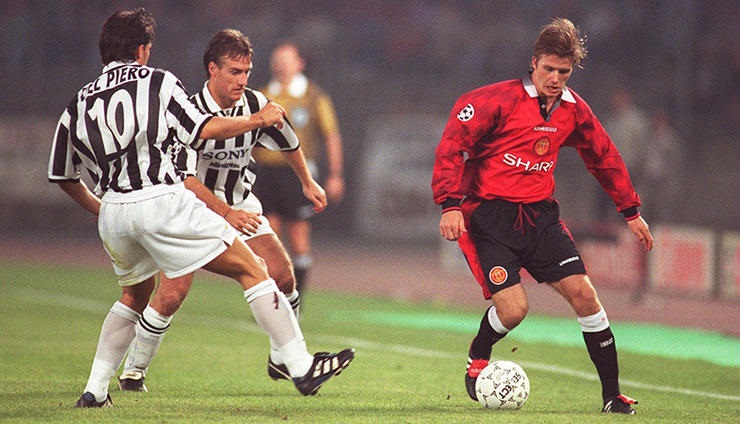 David Beckham is a legend of Real Madrid and Manchester United. A versatile midfielder, he impresses with his very precise long passes and powerful strikes. Very good on set pieces, Beckham is part of our Top 10 best free kickers. He won the Premier League 6 times with Manchester and especially the Champions League in 1999.

Beckham’s advertising contracts are plentiful and have made him one of the richest footballers in the world. In addition to a very large contract with H&M, we can also mention Breitling, Armani, Pepsi and of course Addidas. The former England international also benefits from income from DB Ventures, the company that manages the “David Beckham” brand. In addition, Beckham is launching with several other people an MLS club in Miami, scheduled for the year 2020. 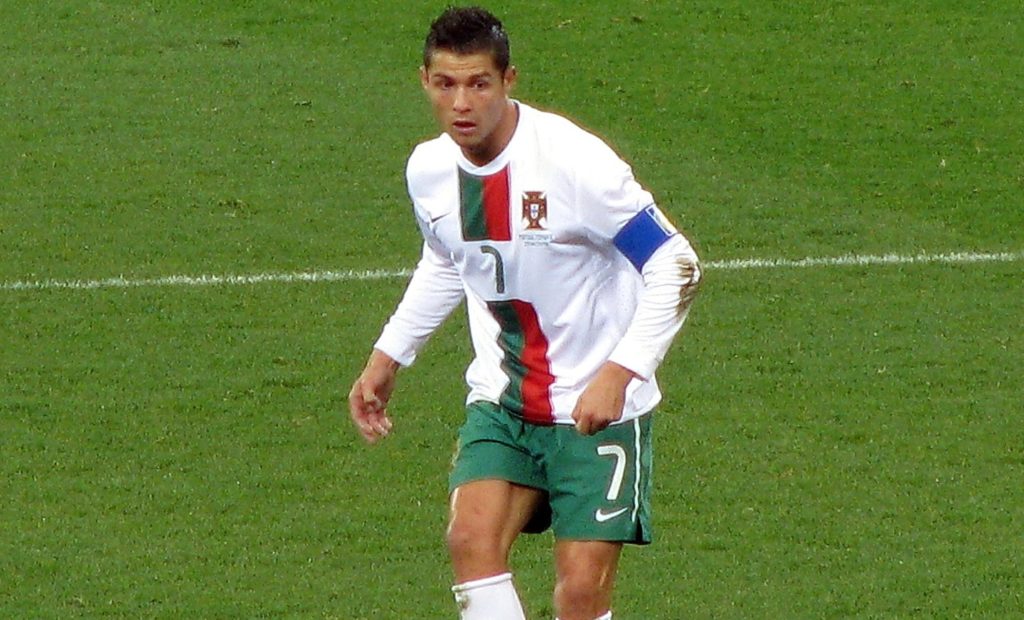 Discover all of Cristiano Ronaldo’s retro jerseys on TheFootballMarket.
-5% with promo code LES10

Cristiano Ronaldo is a Portuguese international who has visited Manchester United, Real Madrid and Juventus. Fast, powerful and unpredictable, it is one of the best wingers in history. Five times Ballon d’Or, he has also won the Champions League 5 times. CR7 is also successful with its national team, during Euro 2016 which Portugal wins.

His fortune was first built thanks to huge salaries at Real Madrid, and now at Juventus in Turin. But Ronaldo is also very popular with big brands, including Nike. It has other advertising contracts with brands like Castrol, Heuer, EA Sports, Pokerstars or Armani. Cristiano Ronaldo has also created a whole business around his name, including hotels and gyms.

The first of this ranking of the richest players in the world is surely the least known. Faiq Bolkiah was a Leicester City player from 2016-2020, but hasn’t seen a single start. He is now playing at the Maritimo Madeira in Portugal. Bruneian international, he played 6 matches and scored 1 goal for his country.

Faiq Bolkiah is the nephew of the Sultan of Brunei, a small Asian country which derives its wealth from oil. The young Leicester player’s fortune is estimated at $ 20 billion, far more than Ronaldo or Beckham.

Bet on all the biggest matches and competitions with:

Find all the football shirts and equipment on:

If you liked our ranking of the richest footballers in the world, also discover our TOP 10 richest sportsmen in 2021. 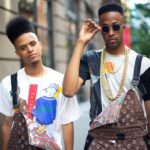 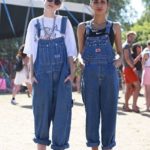