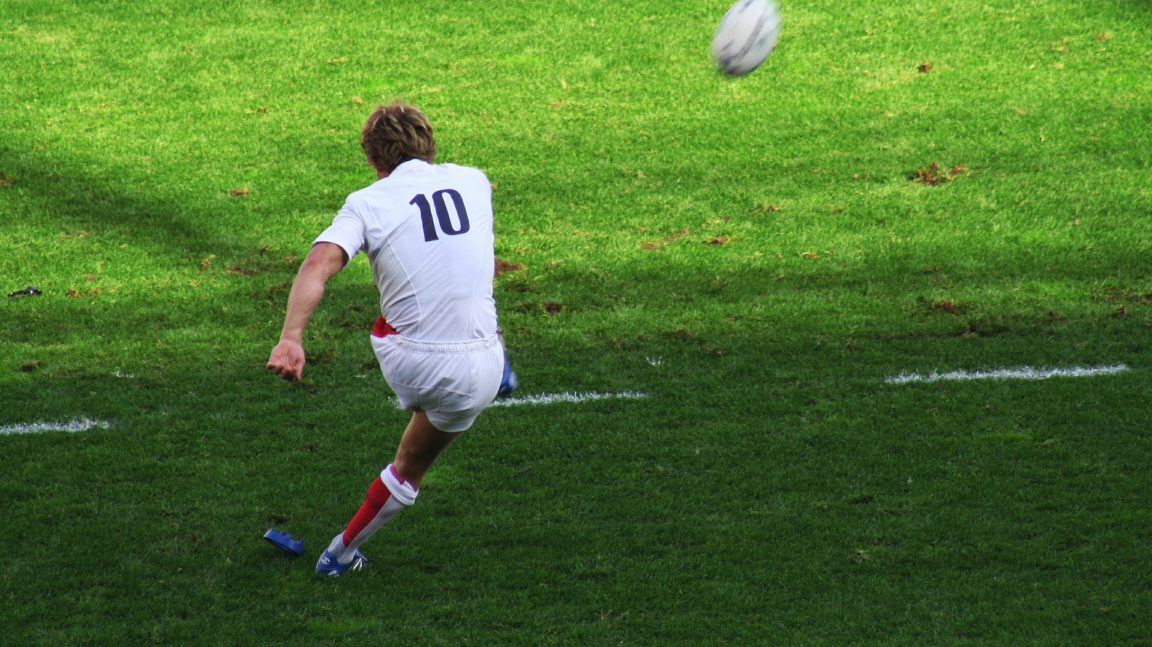 The 10 best Rugby players in history

Rugby has a long and rich history since its beginnings in the 19th century. In this Top 10 of the best rugby players of all time, we will find players from the modern era, but also players from the 60s like Gareth Edwards.

All of these players are legends and have impacted rugby history in one way or another. To decide between these players, physical and technical qualities, but also leadership will be important criteria for our selection.

Top 10 of the best rugby players in history

Serge Blanco is one of the most talented full backs in rugby history. He holds several French rugby records, such as the number of points (233) and the number of tries (38) in selection. He is also the only French in this Top 10.

With the France team, Serge Blanco won the 5 Nations Tournament 6 times during the 1980s. In 1987, he even reached the World Cup final, but the Blues lost in the final against the All Blacks.
Faithful throughout his career to his club at heart, Blanco will never win a title with Biarritz Olympique.

Martin Johnson was a physically powerful and even intimidating player for opponents. Along with Wilkinson, he is arguably one of the best English rugby players of all time. Undisputed leader, both in club and selection, Johnson was able to transcend his teammates thanks to his attitude and his winning mind.

As captain of the England squad, Martin Johnson was a key player in winning the 2003 World Cup in Australia. He also won the 6 Nations Tournament 4 times.
In club, Johnson spends his entire career in Leicester, where he is just as important as in selection. With the Tigers, he is 5 times champion of England and twice wins the European Cup. 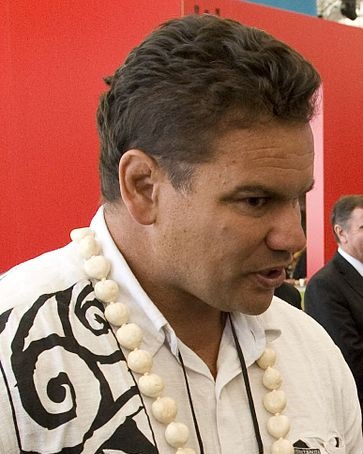 Michael Jones, also known as “Iceman”, is one of New Zealand’s best rugby players of all time. He participated with the All Blacks in the first World Cup in 1987, and at the same time became the first test scorer in the history of the competition. Jones played for the New Zealand team until 1998. In 55 games, he scored a total of 56 points for his team.

Jones was a very fast, skillful player with a great vision for the game. It was these skills that allowed him to score many tries during his career. He also won the Super 12 twice with the Auckland Blues. 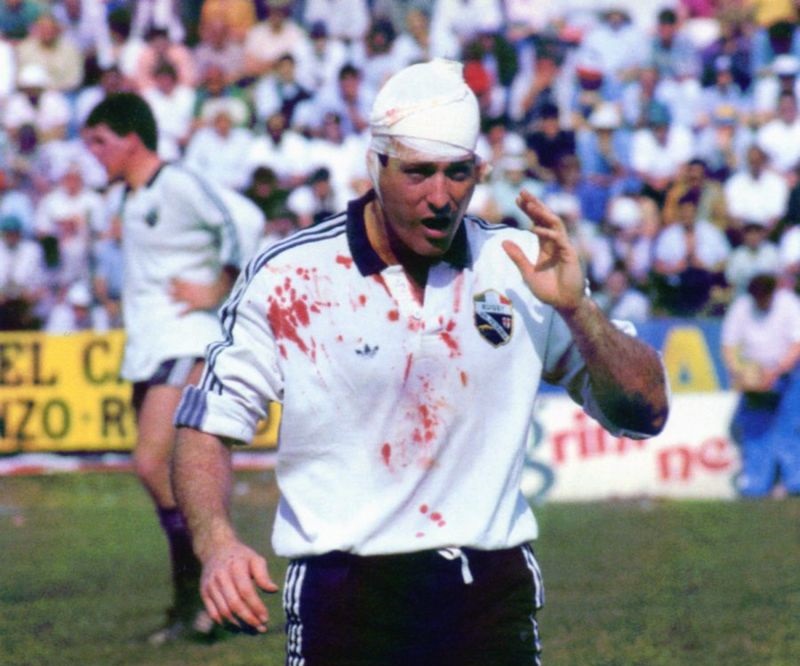 David Campese is surely the best Australian rugby player in history. He played his first game for the Wallabies in 1982 at the age of just 19. Campese becomes indisputable holder very quickly and connects the good performances with his team. The Australian will end his career with 64 tries and 320 points in 101 appearances for his national team, as well as a victory at the World Cup in 1991. Impressive statistics.

Campese’s playing was filled with improvisation and surprises. It was therefore very difficult to predict his movements and his intentions. He is, moreover, the inventor of the “Pas de l’oie”, a feint that makes it possible to destabilize his opponents. David Campese is without a doubt one of the best rugby players of all time.

Richie McCaw is an undisputed leader and certainly one of the greatest rugby players of the modern era. As captain of his team, he led the All Blacks to 2 successive World Cup titles in 2011 and 2015. For 148 games he played with the All Blacks, 131 games ended in a victory for the neo -Zeeland.

A very tough, fast and powerful player, McCaw also reads the game very well. Most often playing as a third wing, he was considered by many to be the best player in this position for many years. Richie McCaw will even be voted best player in the world by the IRB twice in 2009 and 2010.

Brian O’Driscoll, also known as “BOD”, is quite simply the best Irish rugby player of all time. He plays as a second center for the Irish team and the Leinster club. BOD is an agile and fast player, with an extraordinary vision of the game. But O’Driscoll is also a very good defender, with a good sense of anticipation and a very good tackle. Which makes him a complete player, both offensive and defensive.

With the Irish team, Brian O’Driscoll won the Six Nations Tournament on 2 occasions, including a Grand Slam in 2009. He also participates in 4 World Cups, but will not be able to carry his team further than the quarter-finals. With his favorite club, Leinster, BOD won the Celtic League 4 times, but above all 3 European Cups in 2009, 2011 and 2012. 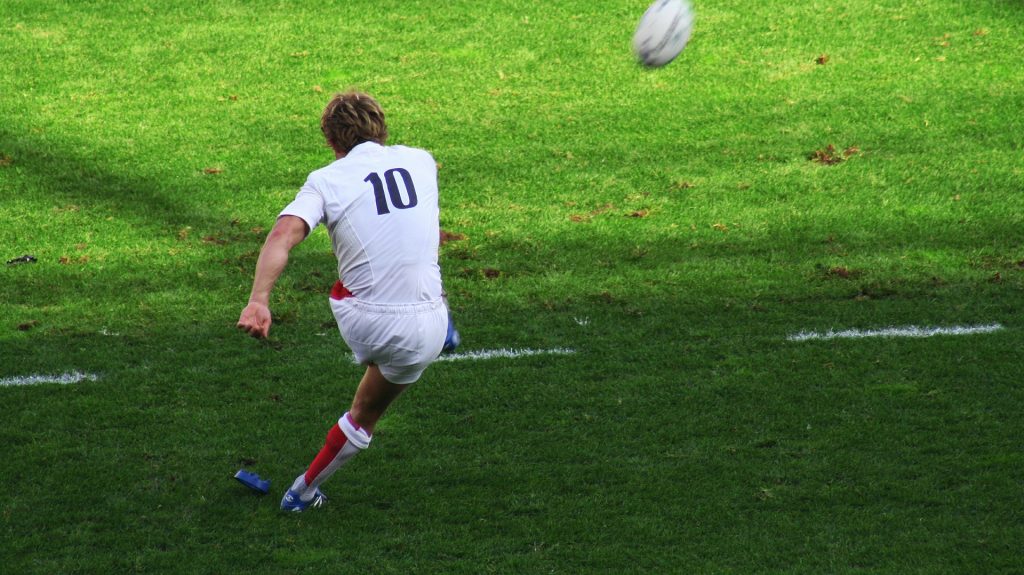 If Jonny Wilkinson’s career hadn’t been tainted with injuries, he surely would have been higher in this ranking. He had this knack for pulling off almost any penalty, drop, or transformation opportunity he had. Many remember his last-minute drop in the 2003 World Cup final.

Wilkinson is a combative and tireless player, always ready to work to become even better. In addition to his success in selection, he also has a good track record in club. The English rugby player was champion of England with Newcastle and champion of France with Toulon. He even won the European Cup twice with the Toulon Rugby club.

Gareth Edwards is a legendary Welsh rugby player from the 1960s and 1970s. He is considered by many to be one of the best rugby players of all time. With the Wales team, he won the five-nation tournament seven times between 1969 and 1978, including three Grand Slams. He played 53 games and scored 88 points during his international career, which was remarkable for the time.

In club, Edwards spent his entire career in Cardiff, for whom he would play for 12 seasons. In 195 appearances for the Welsh club, he scored 426 points. But Gareth Edwards is best known for being the author of what is often considered the “trial of the century” in a prestigious match with the Barbarians against the All Blacks.

Dan Carter is arguably the best opening half of all time. With 1598 points in 112 games, he is the leading scorer in All Blacks history. Carter has won the Tri-Nations (now Rugby championship) 8 times with the New Zealanders, a competition in which he is also the top scorer. It is especially his 2nd World Cup won, with 19 points scored in the final, which will propel him to the rank of legend.

Carter is a very complete player. He’s quick, nimble, and very difficult to catch, in addition to being as good on the foot as on the hand. The IRB has also named him the best rugby player in the world on three occasions.
The New Zealander has passed through several clubs including the Crusaders and Racing 92 in France. At 37, he sets himself a final challenge with the Kobelco Steelers in Japan. Even if his career is not yet over, we can already say that Dan Carter is one of the best rugby players in history.

Jonah Lomu was an incredible player, with phenomenal speed for a player of this weight. With 1.96 meters for nearly 120 kilos, its power and speed allowed it to pierce the opposing defenses. During the 1995 World Cup, he surprised everyone by scoring 7 tries in 5 matches. But the All Blacks will lose in the final and Lomu will never win a World Cup.

Despite this, Jonah Lomu has enjoyed a career rich in trophies. He notably has 3 Tri-Nations victories with the All Blacks and 2 Super 12 titles with the Auckland Blues on his record. Its powerful style and impressive races have earned it the nickname “the bus”. With such an impact on the sport, it’s no surprise that Jonah Lomu arrives at number one in our ranking of the best rugby players of all time.

– Carlos spencer : Considered one of the best opening halfs in Rugby history, Carlos Spencer is an iconic All Blacks player. However, he will never win a major title with his selection. Carlos Spencer is more successful in club, where he won 3 times the Super 12 with the Auckland Blues. Very enterprising on the field, he often surprises his opponents with unusual technical gestures.

– Zinzan Brooke : Legend of the All Blacks and Auckland Blues, Zinzan Brooke could also have been part of this Top 10. He won the World Cup in 1987 with New Zealand, as well as the first 2 editions of the Super 12 in 1996 and 1997 with the Auckland Blues. Zinzan Brooke was a very agile and versatile player, considered one of the best 3rd row of his generation.

– Sergio Parisse : Italian international since 2002, Sergio Parisse is the captain and the main player of this team. Very powerful thanks to his impressive physique, he is able to pierce any defense. In a club, he spent the majority of his career at the Stade Français, with whom he notably won the Top 14 twice.

Bet on all the biggest matches and competitions with:

Find all rugby jerseys and equipment on:

And who do you think is the best Rugby player of all time?

If you liked our ranking of the best rugby players of all time, also discover our TOP 10 of the best boxers in history. 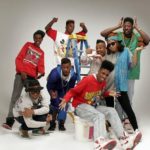 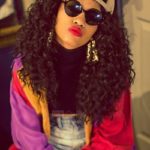