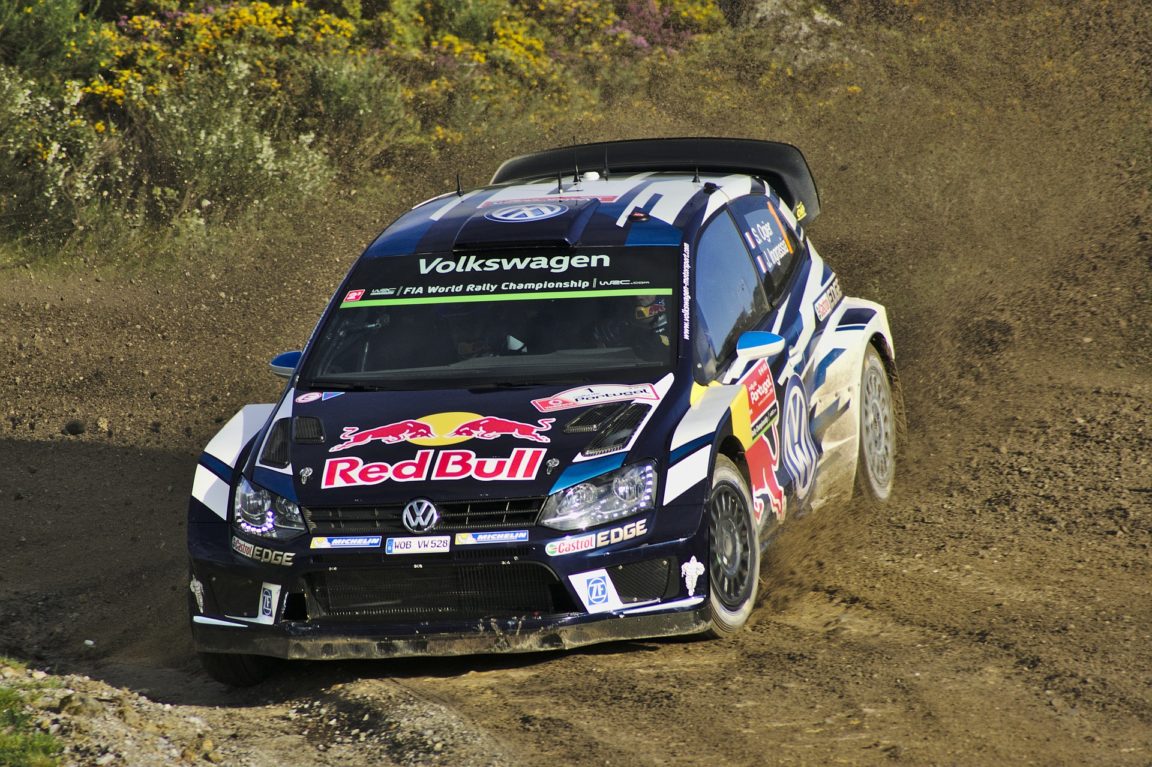 Who are the best WRC rally drivers of all time?

In the 1970s, rallying became a popular sport around the world. The world’s best rally drivers vie for the title of WRC World Rally Champion. Winning a WRC title is every driver’s dream.

Many great pilots have always been able to surprise us with their exceptional performance. It can be difficult to compare these pilots from different eras due to technological changes. We tried to do it in this Top 10.

Here is the list of the 10 best rally drivers in WRC history. 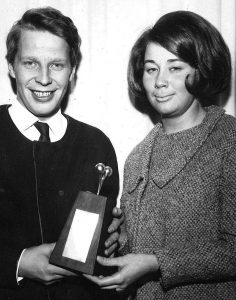 He is the oldest driver to win a world championship title. Hannu Mikkola having been crowned champion at the age of 41. He is also one of the two drivers who managed to win the three races contested in Africa in the WRC. 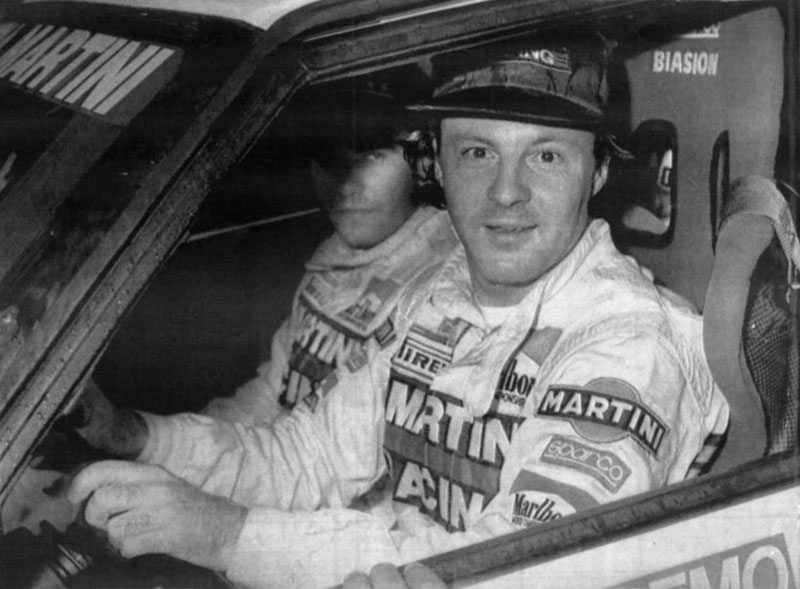 Massimo Biasion is without a doubt the best Italian rally driver there is. He began to distinguish himself in 1983 with the Lancia Rallye 037 by winning the title of European Rally Champion. A few years later, still at Lancia, he won his first World Rally Championship title at the wheel of the Lancia Delta Integrale.

Biasion would repeat this feat the following year. In addition, he is the record holder for the champion with the best ratio of victories over the season, winning 5 victories out of 6 commitments. 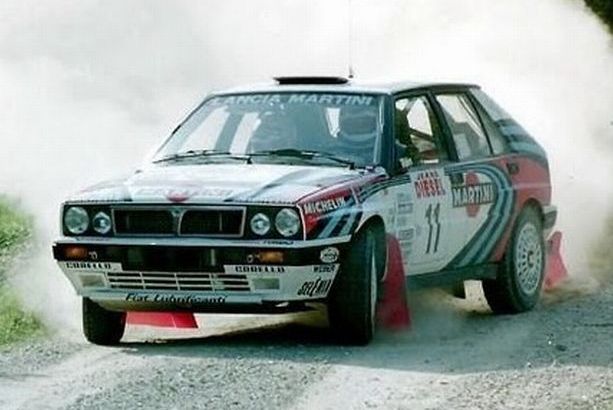 Didier Auriol is one of the best French rally drivers. He became known by winning the title of French rally champion in 1986, 1987 and 1988.

In 1994, he became the first Frenchman to win the title of world rally champion with his Toyota Celica Turbo. Auriol also holds the victory record in the famous race “The Race of Champions”. He won the race 4 times just ahead of Loeb who has 3 wins.

Colin McRae still has several records to his credit, including that of the youngest driver to win a world title at the age of 27. He was also the first Scottish World Champion in the WRC. Its notoriety was also increased tenfold with the famous video game Colin McRae Rallye, which was a huge success with rally fans. 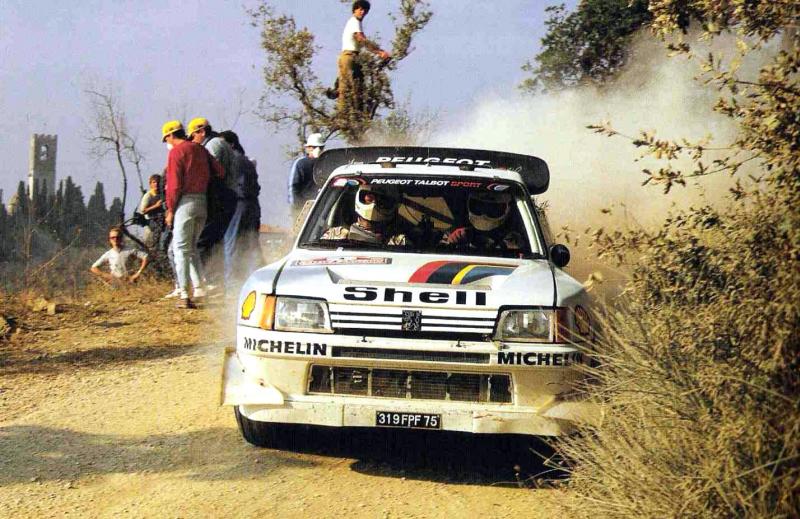 Juha Kankkunen is one of the most complete and successful pilots in the world. The Finn’s career is a success with 23 WRC victories and 4 world rally championship titles. Juha has demonstrated throughout his career that he has his place in the ranking of the best rally drivers of all time. You should know that Juha remains the only driver to have managed to win 4 world championship titles with 3 different manufacturers.

He won his first title in 1986 with the powerful Peugeot 205 Turbo 16 Evolution 2. The following year, he repeated the feat, but this time with the Lancia Delta HF 4WD. He won a new title in 1991 on this racing car that he drove brilliantly. He won his last title in 1993 aboard the Toyota Celica Turbo 4WD. Besides the WRC, he also triumphed in the Dakar in 1988. Kankkunen also holds the world ice speed record (330km / h). 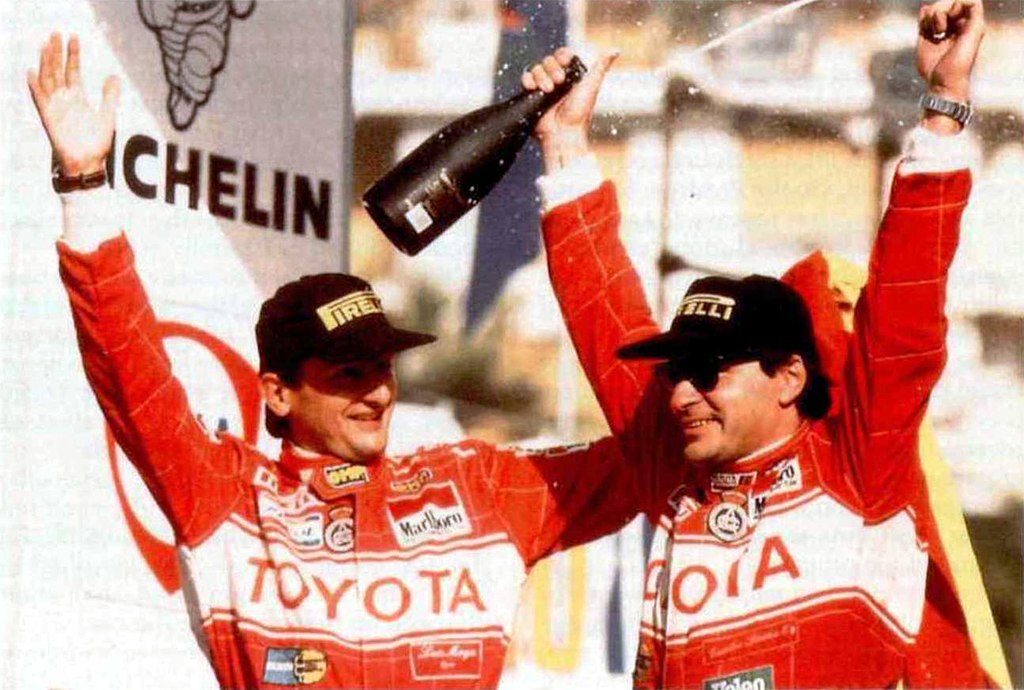 In the past, Sainz has set a large number of WRC records. Indeed, he was the first non-Nordic rally driver to clinch a victory at the 1000 Lakes Rally in Finland. Beyond the WRC victories, he also won the Dakar rally in 2010 and 2018.

Tommi is also one of the most talented riders on the snow, with the record for the most consecutive wins (tied with Grönholm and Ogier). He achieved his best performances at the wheel of the legendary Mitsubishi Lancer Evolution, a racing car that he appreciates more than anything. He will thus win his 4 world championship titles with Mitsubishi. 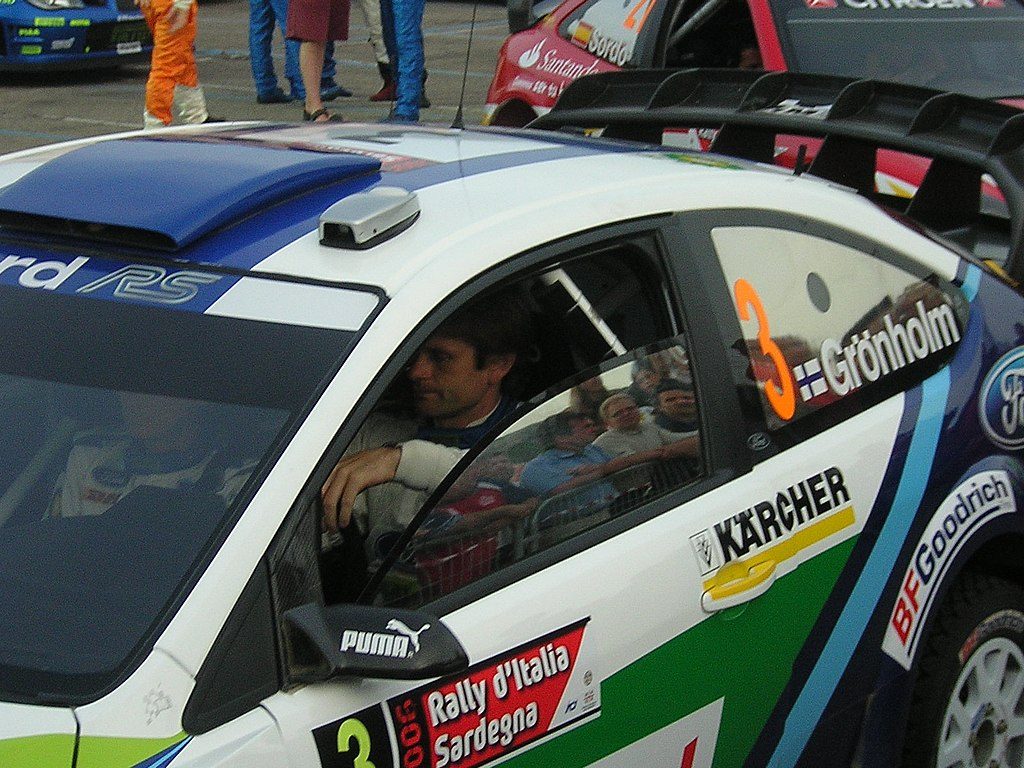 Marcus Grönholm is undoubtedly one of the best Finnish rally drivers. His record includes 30 WRC victories and two world championship titles. in 2000, at the wheel of the Peugeot 206 WRC, he won his first world rally champion title. 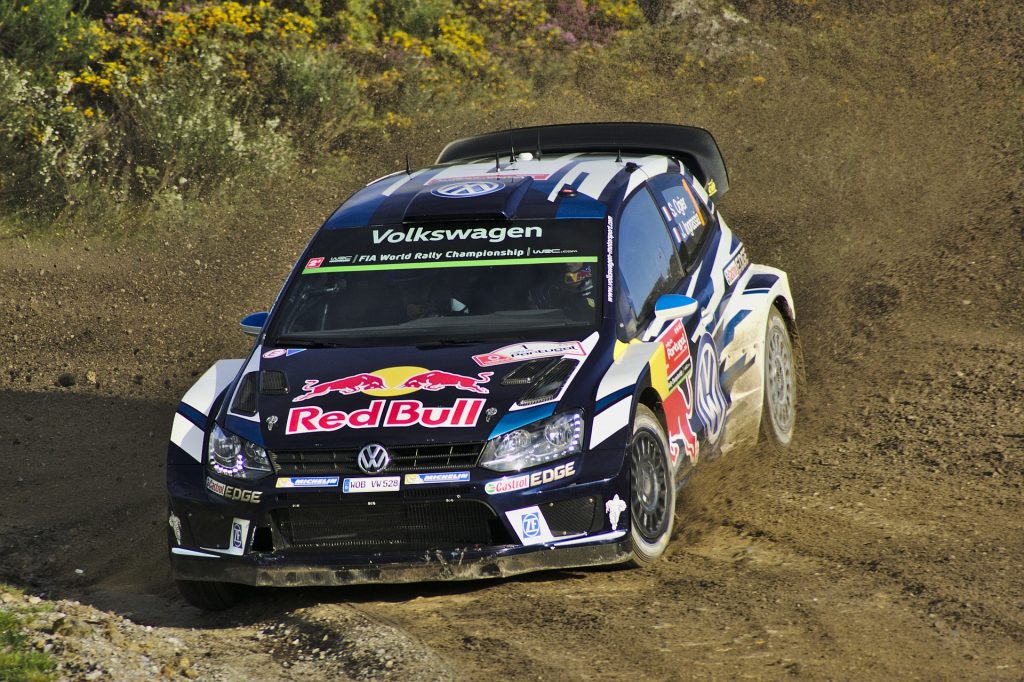 Sébastien Ogier ranks among the best rally drivers in the world. He will experience his first successes from 2013 on the Volkswagen Polo R WRC, a car he particularly appreciates. From 2013 to 2018, Ogier won the World Rally Championship six times in a row. In 2020, he won his 7th world title.

He is unquestionably the second best rally driver of all time with 50 WRC victories and 7 championship titles, ahead of his former racing partner Sébastien Loeb. Ogier excels on all types of surfaces and holds the record for consecutive wins on snow. In 2013, he will also achieve the world record with the largest points gap. 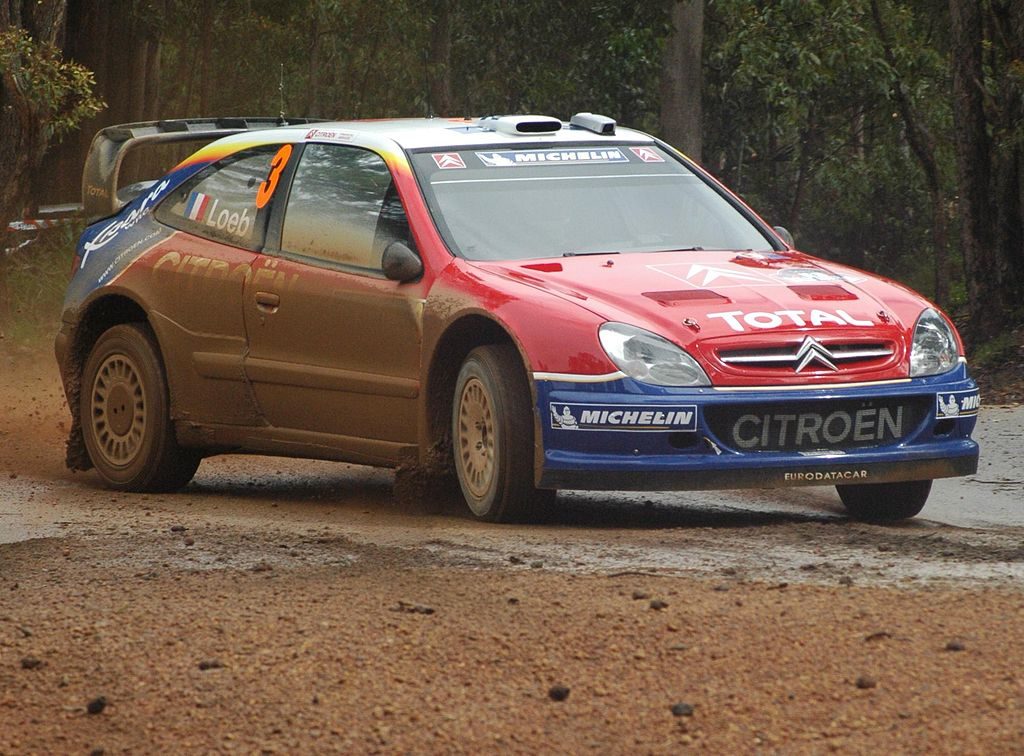 Sébastien Loeb is recognized as the best rally driver in the world. In 2003, he finished second in the World Rally Championship. From 2004 to 2012, he won the title of world rally champion nine times in a row. At that time, Loeb held the majority of rally records.

He is arguably the best driver in the world. In addition to being the first winner of three different world championships, he is the winner of the X Games, winner of the GT and Touring competitions.

Sébastien Loeb will also hold the record for the famous Pikes Peak hill climb for several years, breaking the previous record by more than a minute and 30 seconds. This race is extremely difficult and includes more than 150 turns over almost 20 km.

Sébastien Loeb is certainly the most complete driver in the world. He is considered by many enthusiasts to be the greatest rally driver of all time. He ranks well at the top of our ranking of the best rally drivers.

– Walter Röhrl : Röhrl could also have been part of this ranking of the best rally drivers in history. He is considered one of the most important figures of the golden age of rallying. Walter Röhrl has won the WRC twice, once with Fiat and once with Opel. He is also the only driver to date to have won Monte-Carlo with 4 different car brands.

– Sandro Munari : Munari is certainly one of the best Italian rally drivers of all time. He first won the Italian rally championship twice in 1967 and 1969 with his Lancia. Munari was then crowned European champion in 1973, before taking part in the Lancia Stratos’ triple in the World Constructors’ Championship between 1974 and 1976. He also won the very first World Drivers’ Championship in 1977, then called the FIA ​​Cup pilots.

And who do you think is the best rally driver of all time?

If you liked our ranking of the best rally drivers of all time, also discover our TOP 10 of the best car accessories. 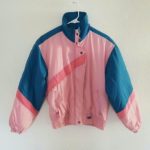 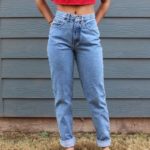