How to assemble looks for the June party (or julina) in an improvised way!
📱

Anarriê!!! 🔥 The best time of year has arrived!

Whether it’s to enjoy typical foods, visit the biggest events of the theme in Brazil or to sing loud and clear: “OLHA A CHUVA… It’s a lie”!

The bad part of this wonderful date is deciding how to honor the rustic style in arraiás (even if virtual during this period). Sounds simple, but sometimes lack creativity, right?

Whether to dress the kids or to define the look to conquer the boy farmer, you deserve to know how to assemble looks for the June party (or julina) in an improvised way. 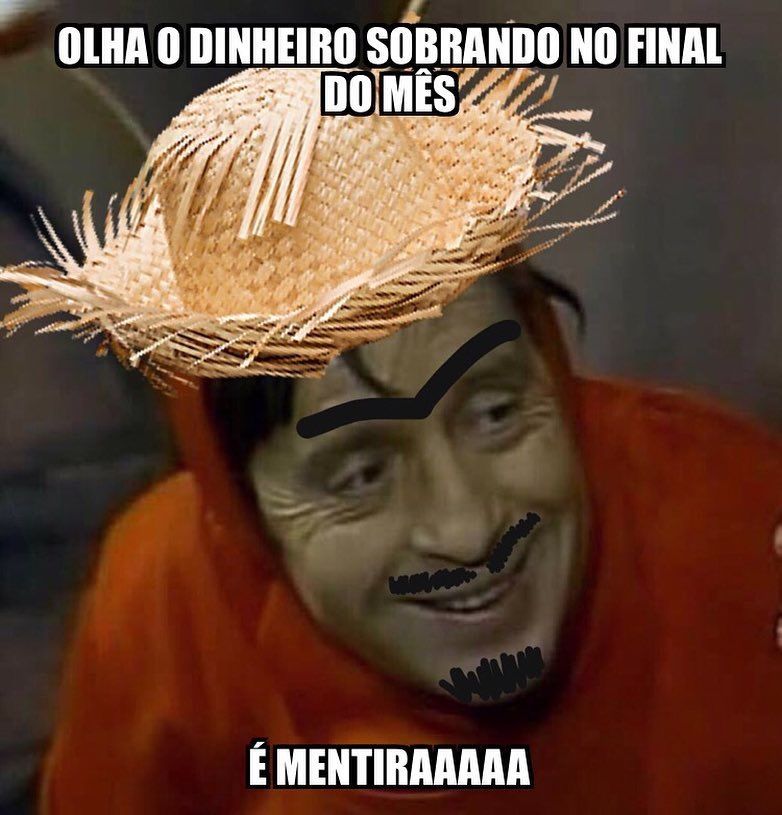 In the absence of a card with an unlimited balance, creativity is what counts! (Source: Pinterest). So, follow below tips on how to create looks for the June party in an improvised way.

Chess is the wild card at this time of year. In addition to being stylish, it can also be used on other occasions and is the face of country parties.

The print comes in many ways and forms: men’s and women’s shirts, skirts, dresses… When used creatively, success is guaranteed in the arraiás.

➡ With a hat, either in the country style or in the street style – just combine it with a boot, a pair of jeans or even a flower print. The bandana tied around the neck is also super valid! 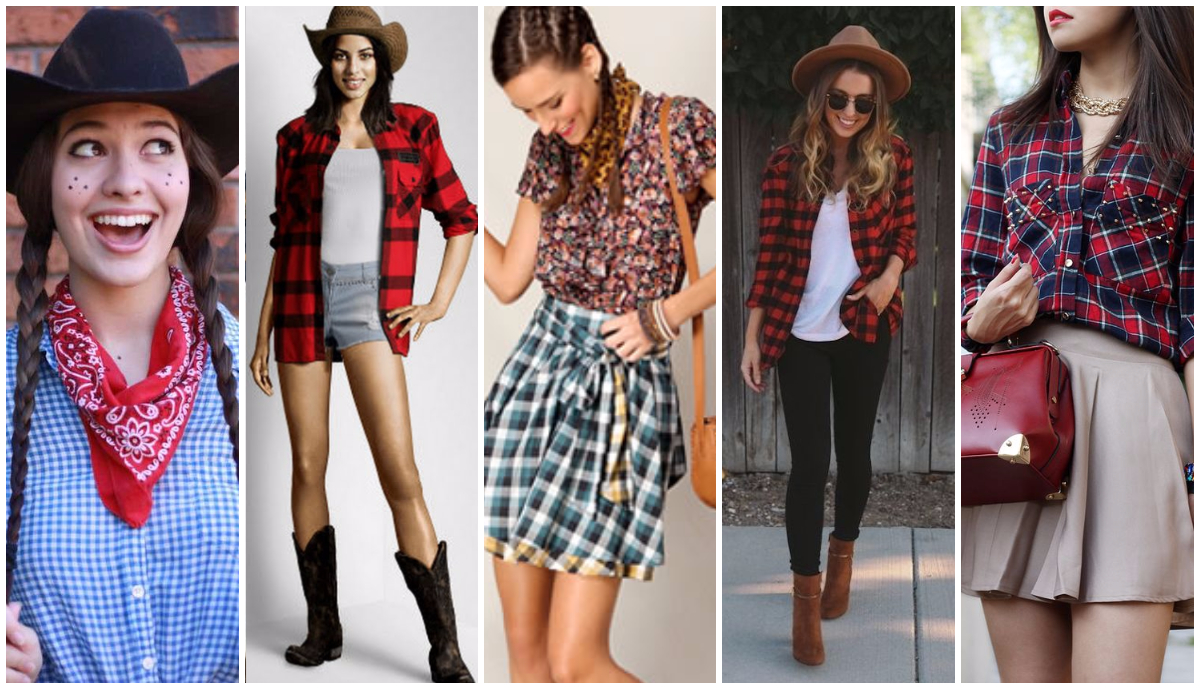 With a tie and suspenders then, even better. The hat is also a hint of gold, as are the pants in earthy tones, which evoke the countryside and the culture of the interior. Jeans are another option – denim shirt, jeans, boots and that’s it! 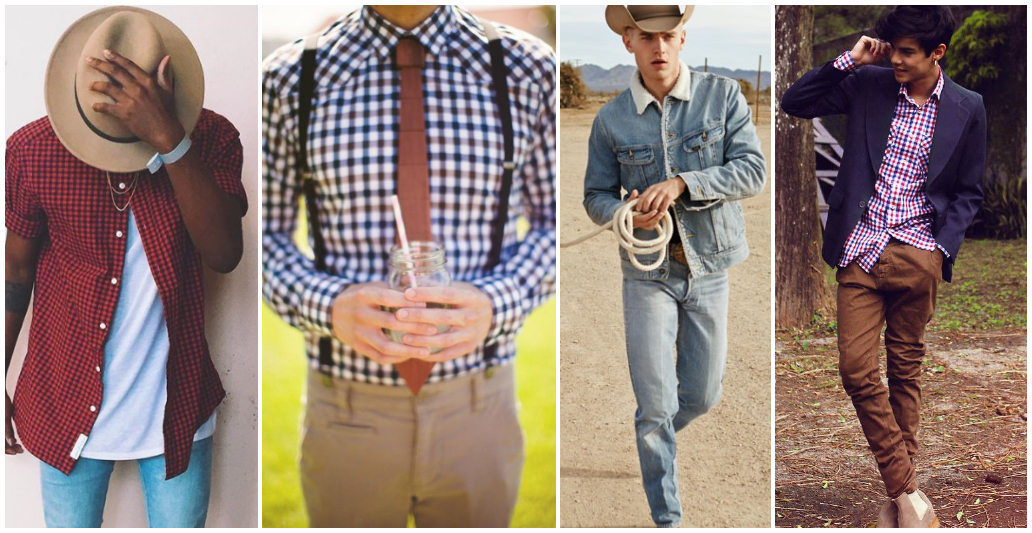 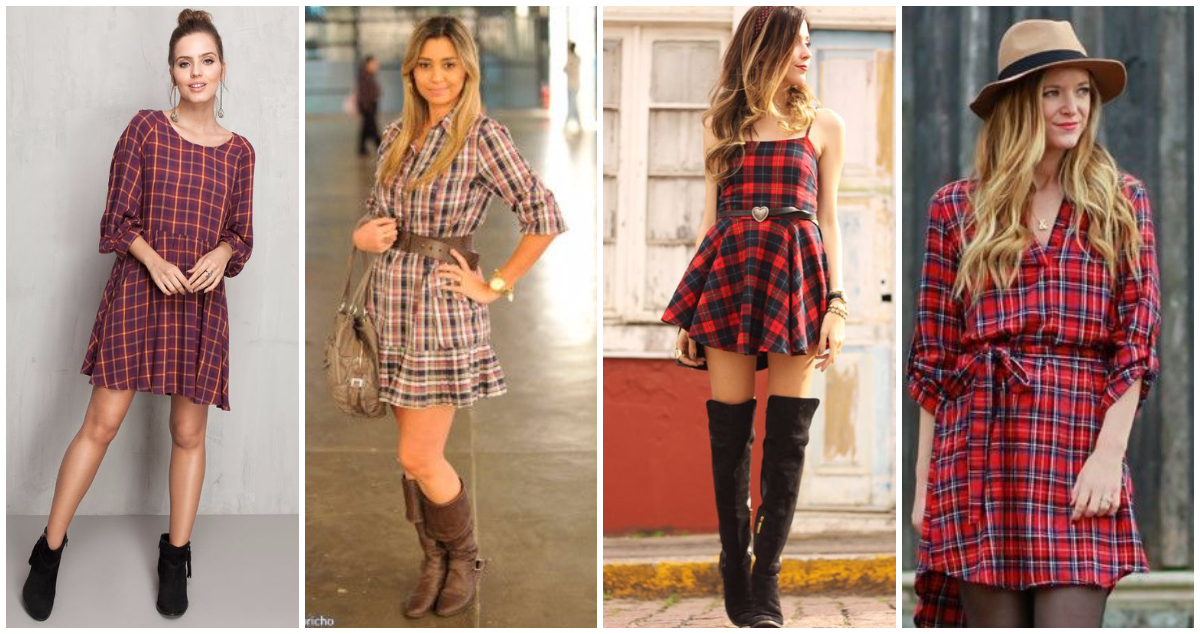 ➡ Plaid is also versatile in dresses and skirts, as shown in the photos above and below.

Boots, belts and socks are the complements that go well with a look for parties in June and June, as they are warm and stylish. And, of course, creativity is also part of this process: invent, use and abuse!

2) Skirts: round and customized

➡ Now, for those who want to get even more in the mood and don’t give up on skirts, which are more similar to the most typical clothes, the quickest and most improvised solution is to get down to business to make a quick customization.

Okay, it takes some skills, but, it’s not a seven-headed beast. The examples below illustrate this well: on a simple full skirt, just add a few bows, the size of your choice, and combine it with a denim or plaid shirt.

Another option is to add a ruffle to add flair. 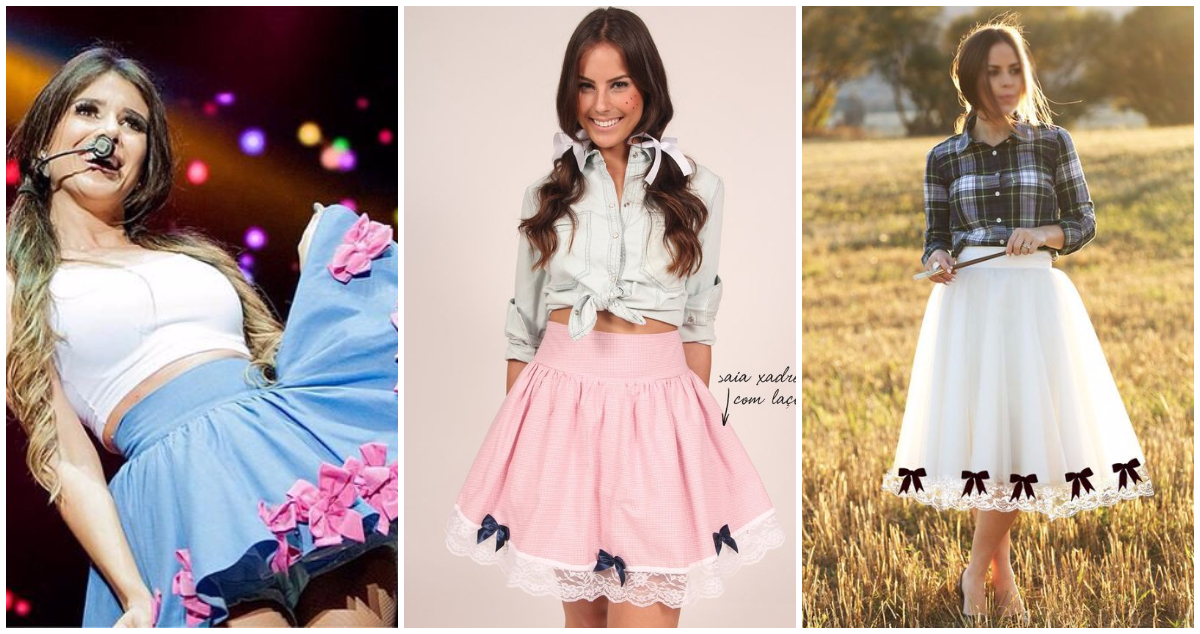 ➡ Another option, to keep the most typical outfit, is to apply this same process to the plaid skirt: 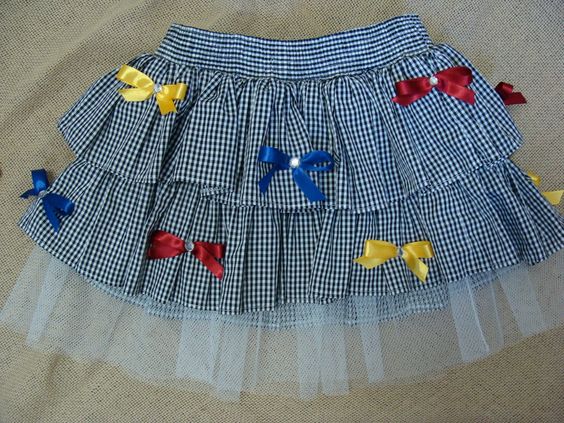 ➡ And we cannot forget, of course, the jean pants. Fits any gender, adults or children, and just a pair of jeans, accompanied by some trinkets, which can be sewn or even glued with a more resistant glue.

To accompany, once again, a plaid shirt, jeans, flowers, or even plain for the most basic. 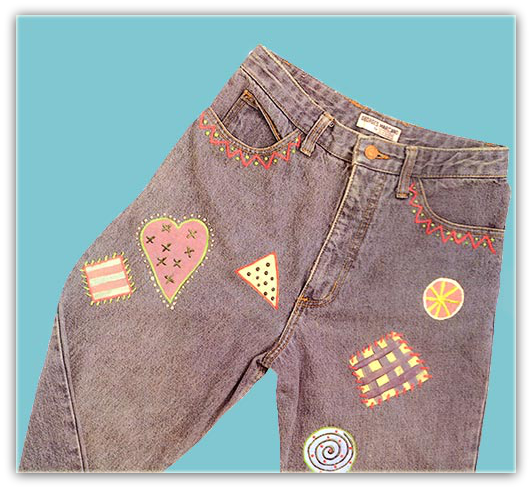 ➡ Junino-style makeup is so classic that it alone can make a big difference!

A few specks, very simple to make, are the minimum necessary. For the bravest – and squirrels – it’s worth coloring a tooth to look like a toothless. for the most animated, the scarecrow make is very simple, besides being very different!

In June looks, use and abuse the typical makes (Images taken from the Internet)

➡ It’s worth making a black pencil mustache, a monobrow, or even painting a tooth. What matters is having fun.

Images taken from the Internet

➡ Hairstyles and hair trinkets also deserve attention. Cloth ribbons tied to bows or rubber bands make for a very lively look, as well as being easy to make. It’s also worth adding some flags at the ends to make it even more festive. 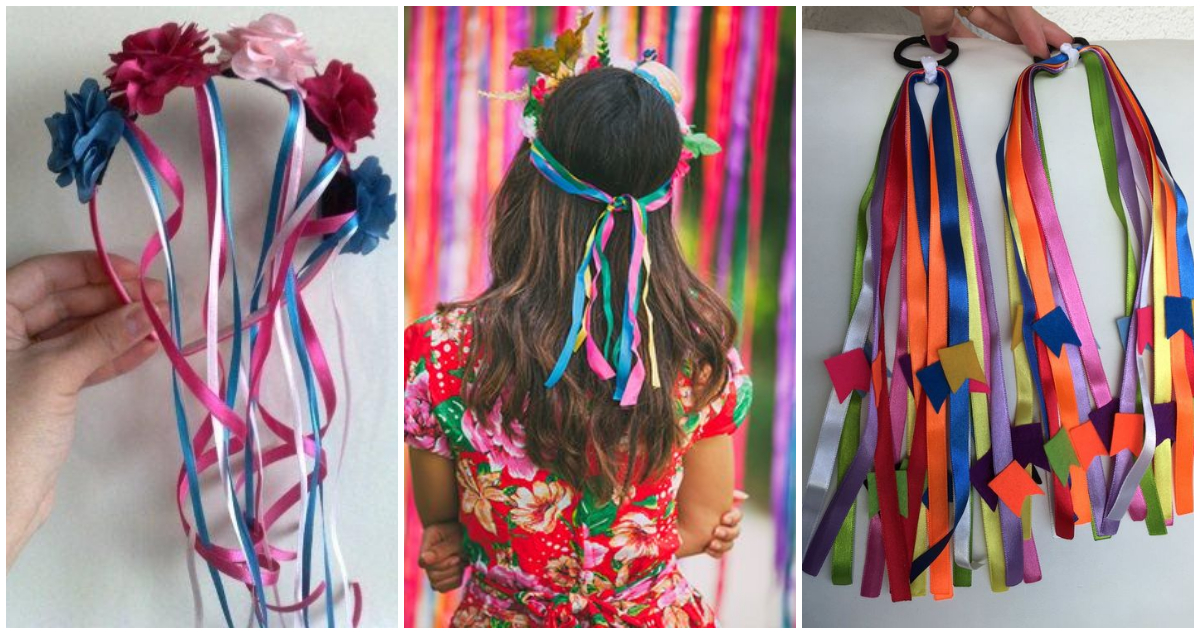 Looks for the June party: Hair accessories are the right choice for those who want to save time (Images taken from the Internet)

➡ The braids are also classic in the more roceiro style. It can be on the side or piggyback: 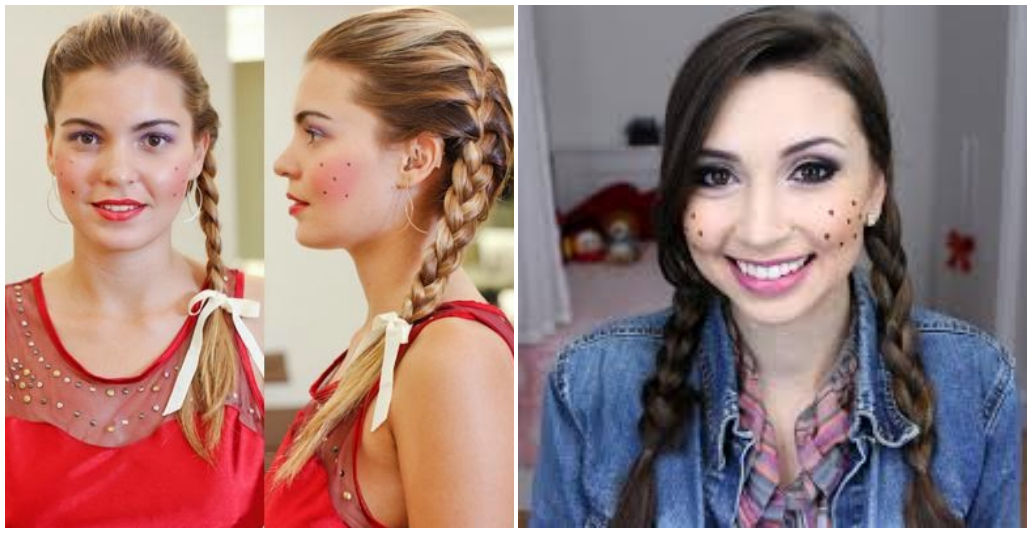 Looks for the June party: hairstyles and braids are tradition! (Images taken from the Internet)

➡ Men’s clothing is not far behind!

Cheap appliques or accessories already set the tone for the June look in a practical way. Sunflowers, pennants, hats and funny ties are some options to adopt the arraiá look.

Now, to put the tips into practice, just choose which virtual arraiá to be present. In our full schedule of lives to watch today in the coming weeks, you’ll stay on top of everything that goes on in the music world.

Because mush is only good in the stomach! In love life, get out… Rs (Source: Pinterest)

Thanks for visiting we hope our article How to assemble looks for the June party (or julina) in an improvised way!
, help us and share the article on Facebook, twitter and whatsapp with the hashtags ☑️ #assemble #June #party #julina #improvised ☑️! 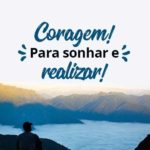 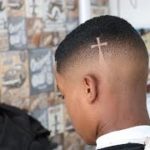