At the height of his success, the British singer Harry Style chained the successes.

As he turns heads during his international tour, he and Italian luxury house Gucci announce their surprise brand new collaboration.

This isn’t the first time the luxury house and the former One Direction member have worked together.

The latter also co-presented the Met Gala ceremony in 2019, dressed by Gucci. This ceremony was of course organized by Gucci.

On Monday, the Italian fashion house announced a special collection designed by Alessandro Michele in collaboration with the famous Harry Styles. The collection is called “HA HA HA”.

It refers to the respective initials of “Harry” and “Alessandro”. But it’s also the written version of the “laugh” emoji that the two men often text each other.

The birth of the collection

During an interview granted to the media, Alessandro Michele confided in his collaboration with Harry Style which apparently went wonderfully:

“Harry has an amazing sense of fashion. By observing his ability to combine clothes in a way that is out of the ordinary with respect to the required standards of taste and common sense and the homogenization of appearance, I understood that the style of an appearance generates differences and powers, just like his reactions to the models I created for him, which he has always made his own; these reactions always give me a breath of freedom”.

He tells how the collaboration was created and how the idea came to him:

“The idea of ​​working together came to me one day while we were talking on the phone: I proposed to create with him a ‘dream wardrobe’, starting from these little quirks that come together in visions childish.”

It was when Harry Styles was just embarking on a solo career that Michele burst into the fashion world, pioneering what was a new era of gender-fluid dressing.

These appearances directly appealed to Harry Styles, who is known for his unusual outfits and his pretty varnishes.

The end result of the collection is a pure blend of both English and Italian styles.

There is also the recurring motif of a grumpy bear, which appears as an enamel pendant on the jewelry and sewn on the labels.

Although no information about the release date of this collection has been informed, we can expect the latter to release soon.

The prices of the pieces are not communicated at the moment, but given that the house is a luxury and haute couture house, we can estimate that the prices would gravitate around 1000 euros. 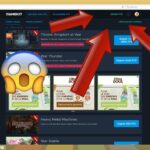