The return of the iconic event

After 2 years where the global pandemic has forced the fashion industry to restrict itself, health restrictions are coming to an end and the end of the tunnel is being seen.

Indeed, the 2021 fashion-week had been organized somehow in the form of fashion shows broadcast on video to each guest, who was invited to watch them from home.
The organization of this world event was not an easy task, although less spectacular than usual. Indeed, out of 84 houses which presented their collections, only 19 maintained parades while significantly reducing the number of guests.

A rare and qualitative casting

However, this year looks much more promising for the fashion industry. Indeed, the wave of the virus is coming to an end and health restrictions are easing. Although a return to normal life is currently not possible, nothing prevents celebrating the improvement of the situation by organizing a grand fashion week. Lou’s house

For this occasion, several emblematic fashion houses had the idea of ​​bringing together fashion icons in their parades. This is for example the case of Maison Ami which has invited big stars to join its parade, in particular Laetitia Casta, Isabelle Adjani to close the parade. In the front row, the cast was none other than Catherine Deneuve, Pierre Niney or Carla Bruni.

The off-white brand also stood out by paying tribute to its creator Virgil Abloh who died of cancer 3 months ago. The parade entitled “Spaceship Earth, an imaginary experience”, was presented in two parts. First a collection of around fifty ready-to-wear pieces, then the passage of an all-black model dressed in black brandishing a white flag on which was written “Question Everything”, indicating the second part of the parade.

This one was much more spectacular since many modeling icons were there. Bella and Gigi Hadid, Naomi Campbell, Cindy Crawford, Kaia Gerber, Kendall Jenner, Amber Valletta and even Helena Christensen walked the podium in tribute to the brand’s creator.

This trend-setting period not even being over, it already promises to go down in fashion history as a powerful comeback in the face of the global pandemic which paralyzed activity for a long time but which, hopefully coming to an end for us to glimpse better days for the industry and the rise of fashion. 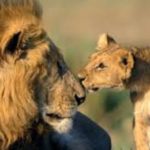