The Coachella Valley Music & Arts Festival is one of the largest in the world, taking place in the Californian desert in the spring.

This festival, organized by Goldenvoice, brings together more than 250,000 visitors each year.
After an edition postponed and then canceled due to covid, the festival returns in 2022 from April 15 to 17 and then from April 22 to 24.

It takes place over two weekends during which thousands of stars and festival-goers come to enjoy the festive hippie atmosphere with the added bonus of musical performances by the biggest stars in the music industry of the moment.

The festival is taking place this year at the Empire Polo Club in Indio, California. The 2022 edition will not require vaccines, masks or negative tests.

The artists present at Coachella 2022:

The notoriety of this festival is due to the cast present on stage. All the greatest artists of this generation have already been there, especially like Justin Bieber or Ariana Grande.

This year, Harry Styles will have the honor of opening the festival on Friday, followed by Billie Eilish on Saturday and then The weekend on Sunday, replacing Kanye West who will not be present.

The program is the same for both weekends.

The last edition also welcomed, as every year, a fine list of artists including Frank Ocean, Rage Against the Machine and Travis Scott as headliners.

For health reasons, this edition has been cancelled. However, the organizers plan to postpone this program in 2023 with the same headliners. The presence of Travis Scott is nevertheless called into question due to the scandal which broke out after his AtroWorld concert in which more than seven people would have lost their lives.

Which stars will be there?

The festival is not only known for its quality musical cast, but also for the impressive gathering of stars of all ages.

In general, the latter stay at the Madison Club or at La Quinta for the duration of the festival.

During the festival, models like the Hadid sisters or internet stars like the Kardashian sisters walk around the festival grounds.

You can come across them if you pay attention. Their outfits are always the subject of discussion after the festival and are often inspirations for festival-goers.

Umami Burger is also previewing its new menu, led by Chef Alvin Cailan, offering its Original Burger and Impossible Burger vegan burger, along with thin fries and apple pie, at its booth in the Craft Beer Barn. .

Guests can accompany their meals with Kim Crawford wines in the Camp Kim Wine Lounge.

In addition to its American Express Lounge, American Express will also offer its Amex Artist Shop, where cardholders will have access to exclusive, limited-edition festival merchandise by Eilish and Conan Gray.

Where will Coachella 2022 take place?

The festival is taking place this year at the Empire Polo Club in Indio, California.

Who will be the most famous artists performing at Coachella 2022?

Harry Styles on Friday, Billie Eilish on Saturday and The Weekend on Sunday. 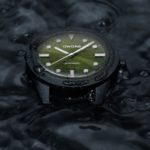 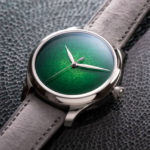