Luxury fashion house Balenciaga kicked off its Spring / Summer 2022 collection with a faux red carpet followed by a short film showing the Simpsons characters dressed in the brand’s clothing.

Balenciaga hosted this event on the red carpet at the Théâtre du Châtelet in Paris on Saturday October 2 to mark the return of physical fashion shows and reveal its spring-summer collection.

A tented space with a bright red carpet and paparazzi press pit was built outside the theater, which led to the auditorium where the Simpsons’ short film premiered.

Before the red carpet, regular guests including the press and fashion shoppers were seated inside the theater, where they could follow the arrival of the famous guests live. Alongside the celebrity guests, a mix of models and friends of the fashion label walked the rug and posed for photos dressed in the brand’s Spring / Summer 2022 collection.

It wasn’t until they got into their seats inside the theater that the celebrity guests realized that their stepping off the carpet was the brand’s official parade.

“I wanted to do a premiere concept where guests would be on the show for several seasons,” said Balenciaga Creative Director Demna Gvasalia in a recent interview with Vogue.

“It was nice to have a social occasion again. I hoped that would make people smile ”.

After the red carpet was over, the audience took their seats for the premiere a mini-episode of The Simpsons on the theme of Balenciaga.

The short film (which you can watch on youtube) tells the story of Homer Simpson who contacts Balenciaga to ask the fashion house to send him a branded item or “piece of fabric with a tag” to celebrate the birthday of his wife Marge Simpson, “deprived of fashion”.

Balenciaga employees were animated in the short, wearing Balenciaga clothing from last season. Creative director Gvasalia was also in attendance and traveled to Springfield to take residents of the fictional city to Paris for a fashion show.

Characters from The Simpsons appeared in an animated parade wearing some of Balenciaga’s most iconic looks.

The twins Sherri and Terri were dressed in identical black hourglass-shaped dresses, which were the final looks of Balenciaga’s Spring / Summer 2020 runway show.

Homer Simpson appeared in an oversized sports jacket with an exaggerated collar from Spring / Summer 2020.

Balenciaga one of the trendiest brands

The audience for the lively show was filled with Simpsons-style celebrity caricatures, including cameos from singers Kanye West and Justin Bieber.

The collaboration with the Simpsons is one of Balenciaga’s many recent partnerships in the pop culture realm, which also includes Marvel superhero Hulk and drag queen RuPaul.

In September, the fashion brand collaborated with Fortnite to launch a collection of Balenciaga in-game skins and physical clothing in Fortnite colors. 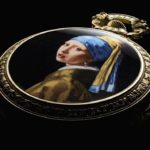 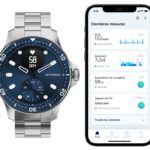